Search in the entire site
Search in all the news
Back
Accueil > News > Qatar adopts a long-awaited PPP law: will it really be a revolution?
News 2 July 2020 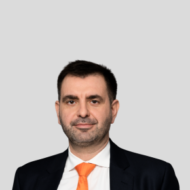 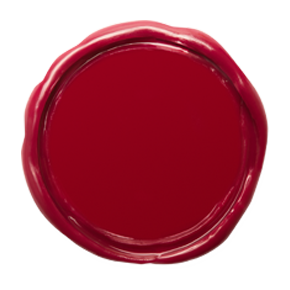 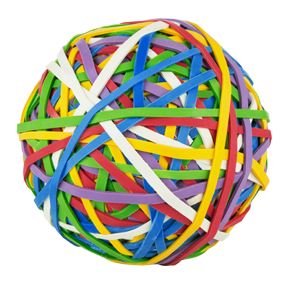 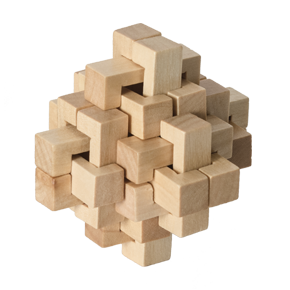 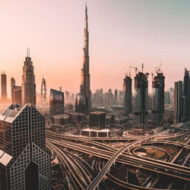 This is the epilogue of a long-running story which started around 2007. The government engaged several international law firms to provide advice in respect of the drafting of a law according to international standards. The PPP Law was announced several times in the past as a piece of legislation to be imminently issued but its enactment had been postponed every time.

As we will discuss below, the PPP Law is a welcome development but probably not a revolutionary one. As a matter of fact, PPP-type transactions have been implemented in Qatar for some years already, mainly by the Qatar Electricity and Water Authority (Kahramaa)[2] and by the Public Works Authority (Ashghal)[3] and sometimes by others[4].

This is because the legal framework in Qatar already provided a solid foundation for the development of projects under a PPP model (a “PPP Project” or a “Project”), including in respect of the possibility of establishing a special purpose vehicle between public and private stakeholders (the “Project Company”) or the ability of financiers to take some security interest over the Project Company[5].

Nonetheless, the PPP Law now provides a dedicated legislation aimed at encouraging the development of private sector participation in the construction and operation of public assets. It sends a positive signal to international sponsors and lenders.

However, it should be stressed that the PPP Law will not be practically implemented until the Minister has taken the necessary decisions to that effect[6].

This initiative by Qatar is not isolated within the Gulf region: whereas Kuwait developed a PPP legislation many years ago already[7], others have followed suit[8] so much so that all Gulf countries, with the exception of Bahrein, already have or should have a PPP legislation in place in the near future.

The PPP Law covers a wide array of possible forms of PPPs including the BOT model, the BTO model, a BOOT model and O&M model but also “the allocation of lands through lease or usufruct licenses” and “any other model approved by the Council of Ministers” (art. 3).

As per art. 17 of the PPP Law, there is a large degree of contractual freedom as to the definition of the rights and obligations in the contract to be entered between the public authority (called the “Contracting Authority”) and the Project Company (such contract being called the “Partnership Contract”).

Additionally, resorting to PPPs is open to a Contracting Authority which is defined as “any Government Agency (being a ministry, a public authority or a public institution) that concludes a Partnership Contract with the private sector”.

However, this freedom is relative and should be exercised within the framework prescribed by the PPP Law[9] and by the laws of Qatar in general, which are set to apply to the Partnership Contract (art. 28)[10] except with respect to the State Financial System Law[11] and with the Public Procurement Law[12] (art. 27).

It means in particular that most of the laws of Qatar[13] should apply to a PPP Project, including the Foreign Investment Law[14], the Law on the Public and Private Properties of the State[15], the Commercial Companies Law[16], the Civil Code[17], the Commercial Code[18], the Income Tax Law[19], the Labor Law[20] and the Arbitration Law[21], to name a few[22].

As outlined in the introduction, this should not be an obstacle given that the current legal framework in Qatar is compatible with the development of PPP Projects, except in respect of the restrictions regarding foreign ownership of lands. However, the PPP Law  opportunely gives the power to the Prime Minister to “exempt the Project Company from all or some of the restrictions imposed under the legislation in force on companies owned by non-Qataris, including the ownership, use or lease of real estate” (art. 23).

Interestingly, the PPP Law also contemplates the possibility of amending the Partnership Contract in case of a change of law which would upset the original financial balance of such contract (art. 22).

The relative surprise with the PPP Law comes from the heavy procedure for the approval of a PPP Project.

Unlike in other Gulf countries, there is no permanent and dedicated authority in charge of approving all PPP Projects[23]. The PPP Law imposes the establishment of a project committee for each PPP Project (the “Project Committee”) (art. 6). The Project Committee shall include representatives of the Contracting Authority, of the State Audit Bureau and of a special PPP unit to be set up with the Ministry of Commerce and Industry (“MCI”) and called the Competent Department[24].

Upon proposal of the public sector (Government Agency or Competent Department) or of the private sector (art. 4), the process for approving a PPP Project is as follows:

The approval process implies the cooperation of the Project Committee and of the MCI (acting through the Competent Department and the Minister).

However, these authorities, including the Minister, have merely an implementation role and are subject to the Prime Minister who has the power to make the most important decisions at least three times[27] during the whole process[28].

Whist, as mentioned above, a PPP Project is open on paper to any Government Agency, it is quite striking to see that the Government, acting at the highest level through the Prime Minister, intends to keep a very strict control on any PPP Project[29].

Furthermore, the Council of Ministers shall also step in in certain circumstances, which should however not be very common[30].

It remains to be seen if this process will not result in PPP Projects being unreasonably delayed after they have been initiated.

What is next for PPP Projects in Qatar?

It is no coincidence that the PPP Law has been fast-tracked and finalized at a time of adverse economic circumstances in the context of the Covid 19 pandemic and of the sharp decline in oil and gas prices which are anticipated to remain at a low level for the foreseeable future.

The last time that the PPP Law was pushed on the top of the agenda was in 2016, right after the 2014/2015 shock which already at the time saw a major decline in oil and gas prices.

Qatar remains a very wealthy state; however, given the current oil and gas market, with less margin of maneuver than at the time of the previous global crisis of 2008/2009.

In that context, PPP Projects, which did not really seem to be a priority in the past, may start to become more attractive outside of the “traditional” power and utility sectors where they have been developed so far.

However, it remains to be seen if PPP Projects are really going to become the norm in Qatar.

First, the very strict approval process described above seems to indicate that PPP Projects should remain the exception compared to all the projects that will remain funded by the budget of the State.

Second, whilst having a proper legal framework is key to the development of PPPs, private investors will also want to participate in a PPP Project to the extent that its economics make sense[31].

Because of economic constraints and the size of their indigenous population, it is likely that KSA and Oman will be needing to resort to private sector participation more widely than their wealthy neighbors of Qatar, the UAE or Kuwait.

Nonetheless, PPP Projects allow the involvement of the private sector whose development is critical in all Gulf economies, so far widely dominated by the public sector.

In that sense, there should be a growing number of PPPs in the coming years in Qatar.

In any event, given that PPP Projects will be heavily driven by local law considerations, foreign sponsors should make sure they properly understand the local law environment applying to their Project.