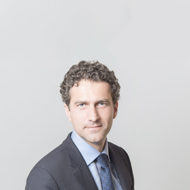 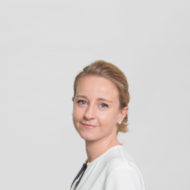 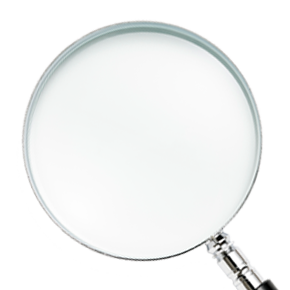 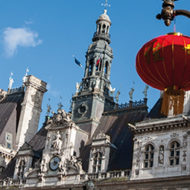 Many national and local governments have imposed restrictive measures such as travel bans and stay-at-home orders to combat the COVID-19 pandemic. Some key managers or employees of foreign companies are prevented from traveling and are thus forced to work remotely from France during the travel ban period. This unprecedented situation raises the question of whether the presence in France of these key managers and employees could trigger the risk of taxation in France of all or part of the income of these foreign companies due to the recognition of a permanent establishment in France or the relocation, even if involuntary, of their place of effective management to France.

At the international level, the OECD has brought some clarification by releasing on 3 April 2020 recommendations which deal, among other things, with the issues of permanent establishment and tax residency in the context of the COVID-19 pandemic.

As a reminder, since France applies the territoriality principle in tax matters, French corporate income tax is imposed on the profits realised by enterprises operated in France (Article 209-I of the French Tax Code).

Tax risk related to the recognition of a permanent establishment in France?

In international tax treaties, “Permanent establishment” is defined primarily as:

As part of its recommendations, the OECD states that in view of the exceptional circumstances of the COVID-19 outbreak and provided that remote work does not become the norm over time, remote work by an employee from home (i.e. in the case where the office is located at the employee’s home) will not lead to the recognition of a permanent establishment for the employer (the company), either because this activity does not have a sufficient degree of permanence or continuity, or because the employer does not actually have the disposition or control of this “office”.

Similarly, the OECD also considers that it is unlikely that the activity of an employee (or another dependent agent) of a foreign company in a given jurisdiction, who is authorized to sign contracts on behalf of his employer, or whose activity is decisive in the conclusion of such contracts, would be considered sufficiently “usual” to give rise to the existence of a permanent establishment in that jurisdiction, if the person is obliged to work from home in view of the exceptional circumstances linked to the COVID-19 pandemic.

However, it should be noted in the wording used by the OECD that this assessment applies only within the context of the current pandemic. Therefore, if employees of foreign companies were to continue working remotely from home after the crisis is over and the travel restrictions are lifted, then their employers could face an increased risk of recognition of a permanent establishment in the foreign jurisdiction where these employees work.

Tax risk with respect to the transfer of tax residency in France?

The question is raised whether the inability of managing directors or other boards members to travel to the foreign headquarters of their company could result in the relocation to France of the place of effective management of the foreign company.

In the OECD’s view, the fact that the management bodies of a company take decisions in a particular jurisdiction due to the current travel restrictions should not result in a transfer of the place of effective management and tax residency of this company to that jurisdiction.  Indeed, the OECD’s analysis is based, here again, on the fact that the constraints linked to the COVID-19 crisis are exceptional and should not therefore affect the determination of the place where these decisions are generally taken.

However, after the current health crisis has passed, it will be necessary to ensure that the members of the management bodies of foreign companies meet and take their strategic decisions outside France. Otherwise, the French tax authorities could be tempted to challenge the tax residency of these foreign companies and tax their profits by claiming the existence of a place of effective management in France.

Although the recommendations of the OECD provide a number of clarifications which are welcome in the context of the current health crisis, they are not legally binding. Moreover, these recommendations only concern the interpretation of international tax treaties concluded in accordance with the OECD tax treaty model.

We are therefore of the view that for foreign companies established in countries where the tax treaties signed with France contain certain provisions derived from the United Nations tax treaty model (e.g. China, Hong Kong, Singapore, etc.) the risk of recognition of a permanent establishment in France remains real.

For example, the double tax treaty between France and Hong Kong of 21 October 2010 provides that, even in the absence of a fixed place of business or a dependent agent, a French or Hong Kong company will have created a permanent establishment in the other state once it has provided services for a period of more than six months in that state.  It can therefore not be excluded that the provision of services by a Hong Kong company on French territory, initially planned for a period of less than six months and extended beyond that period because of the travel restrictions linked to COVID-19, could lead to the recognition of a permanent establishment of that company in France.

In view of the uncertainties facing foreign companies during this period of travel restrictions in terms of their reporting and tax obligations relating to the potential recognition of a taxable presence in France, it is regrettable that the French tax authorities have yet to publicly state their position as they did for individuals in a recent press release.  This stands in stark contrast to tax administrations in other jurisdictions such as Ireland and Australia where the tax authorities have formally and publicly adopted the position recommended by the OECD.