Search in the entire site
Search in all the news
Back
Accueil > Actualité > Smart Alert Covid-19 | Morocco | Coronavirus and force majeure: what consequences in contractual matters?
News 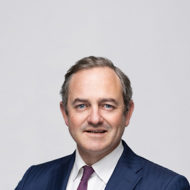 Two decree-laws were published in the Moroccan Official Bulletin No. 6867 bis of 24 March 2020 (the Decrees):

In this context, some economic players may be not able to perform their contractual obligations and attempt to invoke force majeure to justify this non-performance.  Moroccan law indeed provides that the debtor is entitled not to perform an obligation, without it being possible to ask him for damages, if this non-performance results from a cause which may not be attributed to him, such as force majeure.

Thus, the question of whether the Pandemic may be classified as a force majeure case is crucial.

Our study gives you elements that may help you analyze the situation, as a debtor of an obligation or as a creditor, to predict what it will be possible for your debtor to invoke.

According to the Moroccan legal definition[1] (‎1), the Pandemic could be qualified as force majeure if it is unpredictable (‎1.1), inevitable (‎1.2) and external (‎1.3).

The main effect of the force majeure is the exemption from the debtor’s liability, but its consequences on the contractual relationship may be adjusted by mutual agreement between the parties (‎2).

Each individual case shall indeed be assessed in a particular way, since judges have a predominant place in the assessment and interpretation of this concept according to each situation (‎3).

1. Does The Pandemic Theoretically Meet The Characteristics Of Force Majeure?

1.1 Is The Pandemic An Unpredictable Event?

To be qualified as a force majeure event, an event shall have been reasonably unpredictable at the time of the conclusion of the contract: for example, it would be difficult to invoke the unpredictability of the Pandemic in a contract entered into on April 2020.  This circumstance alone could exclude the qualification of force majeure even if it would make it impossible, in a few weeks, to perform such contract.

The condition of unpredictability could be considered as fulfilled if the contract was concluded before the onset of the Pandemic, or at least before the public was informed of the extent it could take.

However, the creditor may always argue that there have already been health crisis of a similar magnitude or nature in the past, to then disqualify the Pandemic from this unpredictability criterion.

Indeed, in the absence of Moroccan published jurisprudence on this matter, French Courts of appeal jurisprudence could serve as an example for comparing purpose, according to which the bacillus of the plague[2], the epidemics of influenza H1N1[3], the virus of the dengue fever[4] or that of chikungunya[5] were not retained as case of force majeure because of their predictability.

To sum up, in these previous cases, judges considered either that the diseases were known, as well as their spread risks and effects on health, or that their consequences were not significant enough, and therefore ruled out that they may be invoked to refuse to perform an obligation or to request the termination of a contract.

An epidemic is therefore not necessarily by itself a case of force majeure.

On the other hand, the debtor will likely argue that Covid-19 is a new and unknow virus, and against which there is no vaccine yet.  Or that its speed and the extent of its propagation are unprecedented.  Finally, the strict measures taken by many countries to halt the Pandemic spread, and in particular the declaration of health emergency state in Morocco through the Decrees, would constitute an unprecedented situation which would justify the unpredictability criterion.

1.2 Has The Pandemic Induced Inevitable Effects Resulting In An Impossibility Of Performance?

To constitute a force majeure case, the Pandemic should be considered as an event which may not be avoided, even in the case where the debtor has taken all necessary steps to prevent it; irresistibility should make it impossible to perform the concerned obligation: for example if the debtor is himself affected by the Covid-19 with disabling symptoms, or if the containment measures cause a disorganization of his production which results in the impossibility to deliver its customers, or also because the Decrees prohibit displacements essential to the performance of the obligation.

1.3 An Event Beyond The Control Of The Debtor

The force majeure event shall not arise from the default of the party who may no longer perform its obligations.

As soon as the non-performance is directly linked to the Pandemic, and not to the debtor’s default, the condition could be considered as fulfilled.  A virus with unprecedented spread, justifying the declaration of a health emergency state by Morocco and by many countries, could well seem in principle beyond the control of simple contractors.  However, there again, there may be subtleties depending that must be carefully studied on a case by case basis.

The debtor shall not pay damages to the creditor of an obligation which is not fulfilled due to a case of force majeure.

When it is admitted, force majeure therefore exonerates one from his liability, i.e. the debtor’s liability which should normally be retained, is excluded.

If a force majeure event is characterized as such, a distinction shall be made according to whether:

This means that it is imperative to carefully check the contractual provisions before being able to determine whether an event may constitute a force majeure case between the parties.

For example, if the Pandemic could legally, in a specific situation, be qualified as force majeure, contractual provision could lead to exclude the possibility for a debtor to claim for the force majeure case, because the parties would have agreed that this debtor could not take advantage of this case, or because the conditions to apply this case would not be met.

Thus, from a legal situation which might have seemed to allow the debtor not to perform his obligation, the contractual situation could lead to oblige him to perform it, or to pay damages in the event of non-performance.

3. Role Of The Judges In The Assessment Of A Force Majeure Event

Although apparently qualified, because the criteria would be met, or because the contractual provisions would allow it to take effect, the qualification of force majeure largely depends on the circumstances of each case, and leaves an important place to the interpretation of the judges who appreciate it in concreto.

The judges or the arbitrators will have a sovereign appreciation of the facts and an equally sovereign interpretation of the texts, who will determine, on a case by case basis, if the Pandemic constitutes an force majeure event in such or such situation.

The defaulting contracting party must justify itself and establish the evidence attesting that its non-performance is due to an unpredictable, irresistible and external event, all in accordance with the contract which binds it to its creditor.  Moroccan higher courts are very demanding on motivation and force majeure evidence.  The Moroccan Court of Cassation has in fact affirmed in a certain number of judgments[6], that force majeure evidence shall be based on certainty and not on doubt and assumption.

This document is for information purpose only; it is not exhaustive and each case shall be analysis by means of an actual legal advice.

[1] Article 269 of the Dahir on obligations and contracts (DOC): Force majeure is all that man cannot prevent, such as natural phenomena (floods, droughts, storms, fires, locusts), the enemy invasion, the prince act, and which makes it impossible to fulfill the obligation.

The cause which could be avoided is not considered as a force majeure event if the debtor does not justify that he has taken all due diligence to protect himself against it.

Event which is caused by the debtor’s previous default is also not considered as force majeure.